The Swiss Alps are full of engineering genius and excellent craftsmanship boring craftsmanship. World-famous tunnels, landscaped ski slopes the best part and breath-taking bridges. So, on a fine Sunday in July, the first weekend of school holidays SUMMMMMEEEERRRR !!! SUMMMMEEEERRRR !!!, I decided to visit one. When first built, it was the longest pedestrian suspension bridge in Europe, located in canton Schwyz.

20 minutes along Zurich lake followed by 20 minutes several youtube videos more through picturesque central Switzerland, we were greeted by a narrow serpentine path up into the hills a very fun drive, if you’re into that kind of thing. Halfway up we stopped for a selfie. Why am I here again? Because nature is good for your development. Are you sure? Just smile for the picture.

The official parking is a dead-end at Mostelegg. A nearby plaque warns that we should be prepared to share the space with local cow herds. Ultimately, we decided to risk it. It also says that parking is 5 CHF per person, that there are cameras watching and that police will be informed. In practice it seems to be more of an honour system.

After the heat of the city, a light breeze at an altitude of 1266 meters is pleasant and refreshing. Better than AC and full of bugs. The view of lake Luzern with its blue waters why is it dark? Is it polluted? That’s just normal water. It doesn’t have the glacial minerals, so it does’t glow turquoise. Oh. The crooked peak of Hochflue and traditional farmhouses scattered over the rolling hills were all an absolute delight.

We arrived at the hiking path finally. Can we go home now? Yes. Really? Yes. Yaaay! The long way,round the mountain. Aww ☹ … can I take the car? No. Booooo which is mostly a paved road that can easily be managed with a stroller or scooter So not exactly real “hiking”. The path allows you to walk slowly and absorb smells of alpine meadows, listen to the gurgling of small waterfalls and enjoy lots of sunshine. And cow poop, don’t forget the cow poop. And bugs. And bugs. It was super nice to see real haystacks instead of the typical green plastic balls filled with straw and grass.

In the middle of the path we came across something completely unexpected completely boring   a small stone garden, that has apparently been there for centuries and whose meaning is not fully known ooooo mysterious. The stones are all of different materials and colours grey and a slightly darker shade of grey, placed in circles and have figures carved into them. While they were looking at big rocks, I caught 3 pokemon  🙂 🙂 A nearby sign explained that there was special and powerful energy emanating from the area so we spent a few minutes of rcharging  ourselves there. The placebo effect was strong here. I couldn’t even charge my phone!

We continued to walk towards the suspension bridge and passed a few ski installations on the way Looked alright. Not great, not terrible. The hills here are not too steep but challenging enough, and so would likely be full of enthusiastic youngsters and their parents come January. In summer though, the hills are instead occupied by sheep, who paid zero attention to us and kept munching grass One looked at me funny. I think it wanted to eat me. Sheep don’t eat people bro. Maybe this one does! Or maybe we can eat it! Muhahahaha

We made it to the bridge. When it was opened in 2010, it was the longest pedestrian suspension bridge in Europe, measuring 374 meters. Since then it has been beaten usurped by an even longer one elsewhere in the Swiss Alps 494m near Zermatt, but nevertheless remains an impressive example of engineering. It looks scary. A bit. Pretty cool though. Yeah. It was very wobbly, shaking from side to side as we crossed. The real problem, though, is that you not only look out to admire the stunning Aegeri valley but also down into the gorge below, and that is scary. Very scary. We were surprised to learn afterwards that its only 58m up from the lowest point, well, 58 meters is a long way. It felt more like 100m. Still, high enough to suck if you drop something. Didn’t stop me from taking a few photos though. And dropping a stone down.

On the other side of the bridge coffee felt like the right remedy for restoring inner balance. Worth all 4 francs as was the ice cream, 2 for the price of a 6-pack in any supermarket. In winter, the area is used for skiing but during the summer months a large play area is set up with so many bouncy castles! I decided to retreat to the nearby cafe and relax, leaving the two youngsters to burn off excess energy. There’s also a summer toboggan run like sledging without snow. It was very fun and I went super fast! Turns out it’s possible to go fast enough to fly out on the corners, especially when a certain younger brother is right behind you and determined to crash. Also trampolines! Bungee trampolines. I did so many backflips 🙂

At 17:30 the crowd started to dissipate because that’s when everything closes. I would have loved to spend another few hours enjoying the tranquillity but with no entertainment, the hiking and learning about nature program pretty much finished for the youngsters. Most people lined up to take the telecabine down to the nearest town of Sattel lazy while I took a new path through a small forest with several brooks on the way to the car. We went back across bridge. It was scary but also really pretty.

Descending down the mountain we waved goodbye to a few cows who had been nice enough to leave our car in one piece and made a mental note to come back when there was snow. Mooooooooooooooo 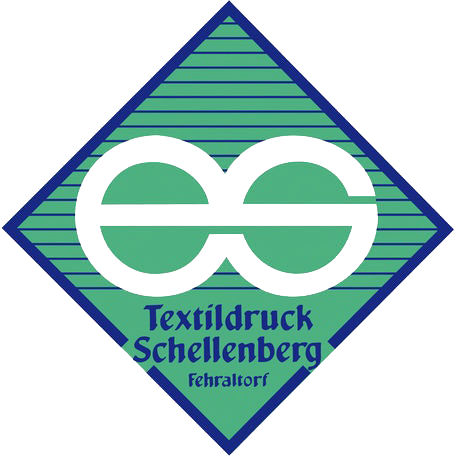